A Walk with Wild Edric 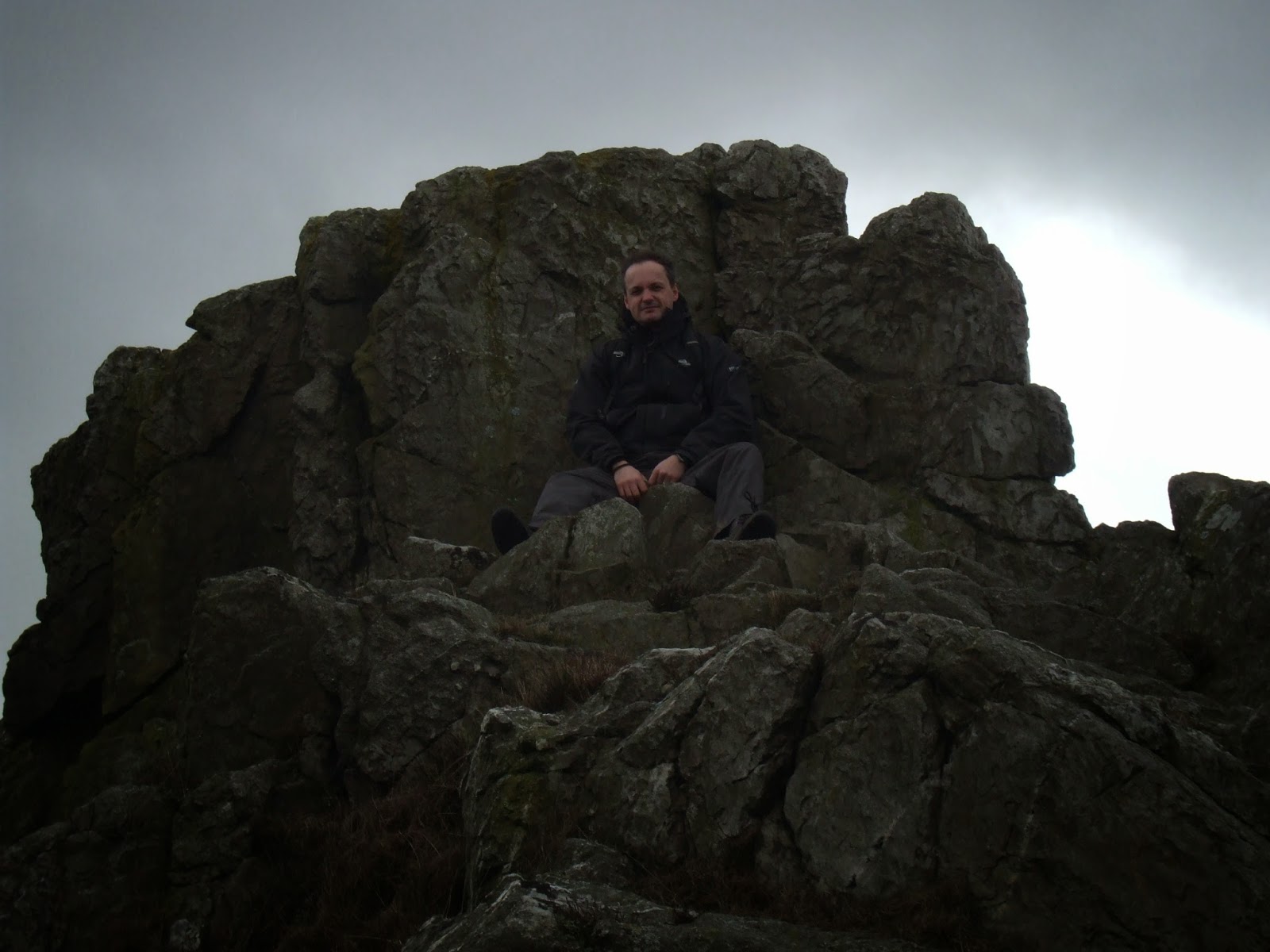 At the start of the Easter break I went for a walk up a thing with my mate Dan, because that's what English teachers do when they're off duty. The particular thing in question was the Stiperstones - a ten-kay long ridge of granite outcroppings which look like the fossilised spine of some gigantic dinosaur.

It's quite, quite mad.

Each of the outcrops has a name, obviously - Shepherd's Rock, the Devil's Chair, Manstone Rock, Cranberry Rock, Nipstone Rock, and finally (and presumably because they'd run out names for rocks by then), just The Rock. That photo is of me on the Devil's Chair. Not so much Wild Edric as Reasonably-Mild-If-Placated-With-Doombar-And-Chocolate-Buttons Skippy. Sorry GoT fans, but it makes the Iron Throne look like the naughty chair we used to have at the bottom of the stairs when my girls were toddlers.

I've only got wikipedia to go on for this (I've tried to verify it, but don't have time to get a Geology degree), but apparently during the last Ice Age it was the only thing visible in the area which stood out above the glaciers. It's THAT hard. And even though the day we were there was uncharacteristically not pissing with rain, we could literally go from being completely sheltered to being in the teeth of a howling, bitter gale in the space of a single footstep. You can easily understand why the surrounding area is riddled with stone circles and burial mounds - it's an unearthly, inhuman place.

But I love me a bit of local folklore, so my nerd-bone was tickled to find out that it is the haunt of Wild Edric - or Eadric Cild, or Eadric Silvaticus, depending on what you read. He was a rich and powerful Saxon thegn until the Normans kicked off; led a couple of unsuccessful rebellions and got himself a reputation for being a bit of a troublemaker. His 'wild' moniker came about either as a derivation of his status as a landowner and forester, or (and this is the more colourful version and thus almost certainly untrue), because he and his men preferred to sleep in tents rather than houses on the grounds that they didn't want to be softened up when it came to fighting them posh southern French bastards.

Frankly, I'm surprised Nigel Farage hasn't taken him up as poster boy for the glorious UKIP crusade. But then there was the whole surrendering thing and ending up helping William the Conqueror to invade Scotland, so maybe not.

More interesting is Edric's mythogenesis into a proto-Robin Hood figurehead of rebellion centuries before the earliest iteration of that particular hero, even incorporating Arthurian elements in the stories which say how he took the Lady Godda as his Faerie wife, and how they led the Wild Hunt together until she left him for his crimes against her kin, and how he now wanders forever in the twilight realm between the Faerie world and our world, until such time as the land has need of him whereupon he will return to the Stiperstones.

Just like the land itself, legends are always much older than you think.

I am SO using this in the next book.

Couple of related links for you in case you're interested in following up any of the literary connections: