a person who evokes, especially one who calls up spirits.

On Saturday July 11th, at Edge Lit 4, I will very proudly be having my first collection of short stories - 'Evocations' - launched by the award-winning Alchemy Press. 'First' he says, like there's a whole string of them in the production line. But still. I am chuffed.

You can read a host of scholarly articles about the Art of the Short Form if you like, but for what it's worth here's what I think. Short stories - well, mine at least - are a mongrel breed. Orphans, half-fleshed things, like plants which should be out in the sun but have inexplicably found themselves stuck in perpetual shade, etiolated and wan. They wanted to be novels when they grew up but never really developed the right number of characters or the right kind of plot to feel comfortable in polite company.

Tufts of dream-wool snagged on the barbed-wire fence of consciousn...

Jeezus, will you listen to him.

I wrote some of them for competitions ('The Pigeon Bride'), some just because they made me giggle ('The Decorative Water Feature of Nameless Dread'), and some out of proper writerly outrage ('The Last Dance of Humphrey Bear'). The title of the collection comes from a story about a man with a gift for calling out the spirit of the occasion - and obviously it all goes horribly wrong - but which came out of the weird Aussie phenomenon of Christmas in July. Some of them found homes really quickly - like the one about the mummified cat under Curzon Street Station - while others like 'The Remover of Obstacles' hung around the place for years, whinging and stinking the office up and eating my pringles. Some of them got me into august company - the stories for Den of Geek were read aloud at an event where I got to hang out with terrifyingly talented people like Sarah Pinborough (yes, I'm name-dropping, but it's my blog, so deal). Some have never been seen before, and they're a bit nervous about all the attention. Please be nice to them, okay?

Orphans. By-blows. But I love the weird things which grow in places where they shouldn't. The ideas that leap out at me at the most inappropriate times, like when I'm trying to teach a bunch of teenagers about Shakespeare, and yell HEY WOULDN'T IT BE COOL IF THIS ONE GUY HAD AN OCTOPUS BITE HIM ON THE NOB! They make me feel at home.

I'll put up some links to where you can get Evocations from as and when. Hopefully I'll see some of you at Edge Lit 4, too. 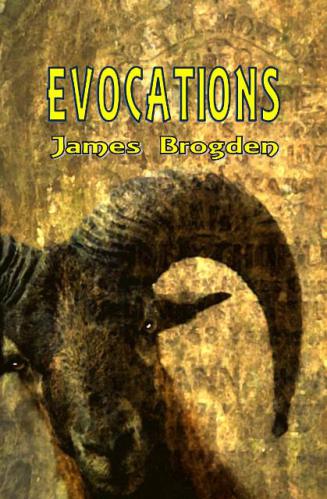