It's been a bit of a busy time recently but I thought I'd just check in to let you know what's happening, in case you're remotely interested.

Obviously the main thing is that 'The Plague Stones' was published this week. It's the third book I've written for Titan, and my sixth over all, and is probably the only one one to date that I actually think of as a horror story. Leastways, nobody disappears into a parallel world this time, which I know some people find weird in a horror novel, but then the thing I find weird is that people think I write horror at all. I mean yes, that's how the other two have been marketed, but I honestly can't see any substantial difference between Hekla's Children and The Narrows, which has ley lines and magical acupuncture in it.

Honestly I love those one- and two-star reviews on Goodreads where readers complain that they don't know what kind of story it's suppose to be. If you're one of those, please don't take this the wrong way, but good. If I wanted to give you everything you expected from to the same formula as everyone else I'd be flipping burgers not making up stories. Actually, take it the wrong way if you want. I'm not the boss of you. Read my stuff any way you like. The Plague Stones is also my most overtly political book so I'm basically asking for it anyway.

It's also the fastest novel I've written. I don't know if that shows. I wouldn't exactly call myself prolific, as I'm currently juggling a day job and any number of work-avoidance hobbies, so my definition of 'quick' is anything less than a year. But my oldest daughter has left home to begin her adventures in software development and my youngest is off studying Eng Lit at university, and I've changed jobs after nearly two decades to work in an establishment where I get my weekends back and hence some semblance of a work-life balance, so there's been a lot more quiet time for writing this year. I thought I'd be a bit more disciplined about it, to be honest, but there you go.

There was a launch party at Foyles in Grand Central, Birmingham, for which I baked biohazard biscuits. To my knowledge, everyone who attended has survived. 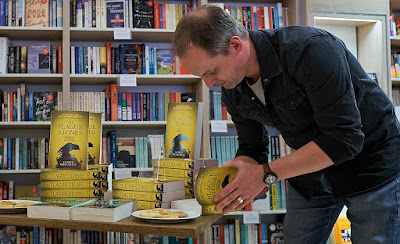 So look, all of next week is a Blog Tour, in which different bits and pieces of me will be popping up and down on the 'tweb like a digital whack-a-mole, and I'll be physically hither and yon over the next couple of months, to whit:

June 7th-9th
Cymera, Scotland's Festival for Science-Fiction, Fantasy & Horror Writing, where I'll be chatting to Big Jim 'Gingernuts of Horror' McLeod in the company of the awesomely talented Cassandra Khaw.

If you're around, say hi. I can't guarantee it, but there may be biscuits. 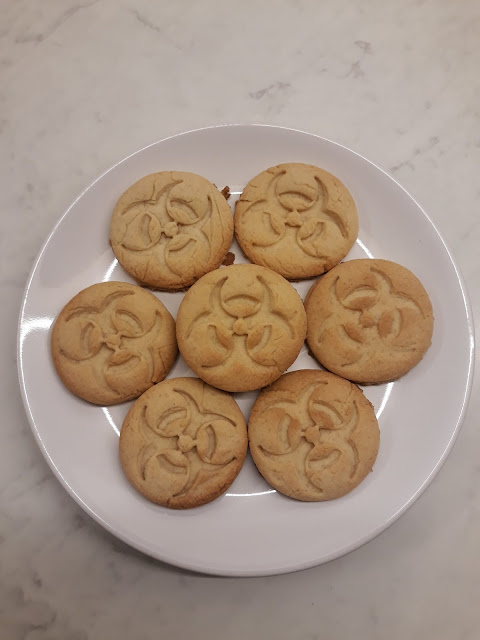