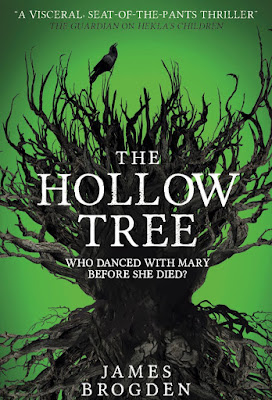 "This is nicely done hokum featuring one of the great scary lines: 'She was still screaming long after she died.' Eek."
Daily Mail

"An intriguing and exciting supernatural horror that grips you like wolverine with lockjaw."
Horror Hot House

"With tight pacing and a strong ending, it's one of the best horror/fantasy novels I've read this year."
Adventures in Poor Taste

""Brogden has created another highly satisfying novel here, one that feels both familiar and original....His writing style lends itself to a fast read, the nearly 500 pages a blur with a thriller s pace that eschews the descriptive traps of traditional fantasy. This novel should be considered as one of the highlights of the year, for both horror and fantasy lovers."
Cemetery Dance Magazine

After her hand is amputated following a tragic accident, Rachel Cooper suffers vivid nightmares of a woman imprisoned in the trunk of a hollow tree, screaming for help. When she begins to experience phantom sensations of leaves and earth with her missing limb, Rachel is terrified she is going mad... but then another hand takes hers, and the trapped woman is pulled into our world.


This woman has no idea who she is, but Rachel can t help but think of the mystery of Oak Mary, a female corpse found in a hollow tree, and who was never identified. Three urban legends have grown up around the case; was Mary a Nazi spy, a prostitute or a gypsy witch? Rachel is desperate to learn the truth, but darker forces are at work. For a rule has been broken, and Mary is in a world where she doesn t belong...
Email ThisBlogThis!Share to TwitterShare to FacebookShare to Pinterest